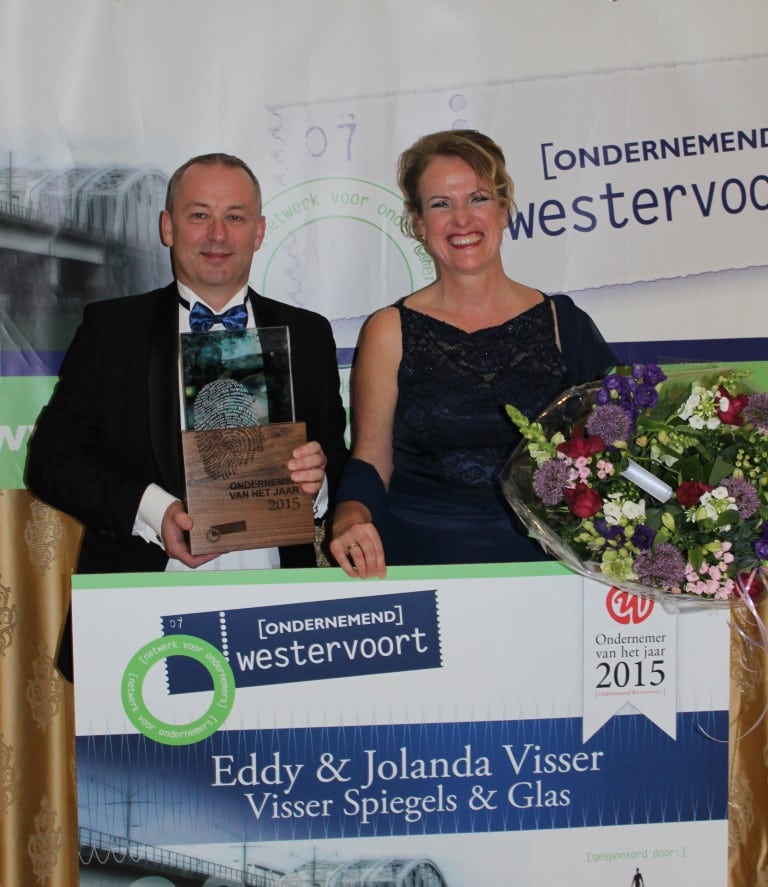 These companies were visited by an expert jury consisting of Dirk van der Mark, Johan Paape and last year’s winner Erik Heijting van BordBusters. They assigned the companies to ambition, growth, personnel policy and their significance for Westervoort.

The jury expressed its appreciation for VISSER Mirrors & Glass and stated that the choice for the entrepreneur of the year 2015 was determined by the following points: Successful introduction of several innovations making the company unique, a leading role in the market that has made the company understand the industry through high-level performance, high sustainability score through positive environmental results, sustained growth that also enables the company to provide employment for its citizens and to offer a distinctive product, unlike the usual.

Through all these beautiful initiatives and qualities, the jury has decided to declare VISSER Mirrors & Glass as entrepreneur of the year 2015. According to jury chairman Dirk van der Mark.